In the Process of Refinement 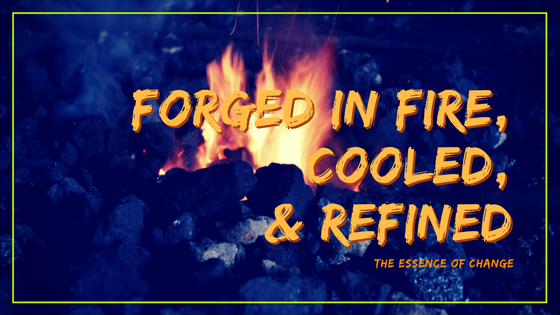 What a wild ride the last few weeks have been.  I think the hardest part about talking about rejection is the sense of failure that tags along with that concept.  It’s hard not to feel like what you tried to do didn’t work out because of some brokenness within the idea or construct.  You put yourself out there and what gets returned are words that mash together into a belief of unworthiness.

The first rejection letter I received felt a bit like the mumbling of the parents in the Charlie Brown cartoons.  Wah, wah, wah, wah, wah; you’re not good enough.

Rejection isn’t synonymous with failure, but that’s a hard concept to swallow because that’s not what it feels like.  In the case of project completion, it’s most important for me to break the emotion from the business.  A project can get rejected for a number of reasons.  Not the Right fit, not quite meeting the required specifications, not quite invoking the right need for the target audience, etc.  In software development, projects “fail” all the time, though the heart isn’t quite in it as much as something more creative.  Code is cold, logical, and can be easily manipulated.

Not the right specs?  Change the API.

Full of bugs?  Fix the defects.

Not efficient in memory usage? Assess the code and make efficiency updates and load test again.

It’s a different beast.  It feels like more of the heart and soul go into crafting a story that people may love or hate.  Software is ultimately a tool to be used or something that makes life easier.  It solves a problem.

That is the inherent difference (at least for me) between the two aspects of my life.  Writing requires the same amount of work to perfect the craft and the same level of effort in terms of producing a product, but it carries with it this idea of subjective judgment.  A book is good or bad, not only because of the linear mechanics of its plotline but also on how people enjoy it.

What I had to do was separate the feeling of failure with the positive outcome of rejection.  Why was I rejected?  I didn’t entirely understand (rejection doesn’t always come with specifics), but I had a good idea.

So I tackled the problem like it was a software defect.  I identified the potential weak points.  I did more research on better ways to build a well-crafted story.  I tore apart my work and rebuilt it using the broken remains of the old elements.

Now, I have a plan.  More importantly, I am beyond (almost) the hurt of that rejection.  From the fires of rejection has arisen a greater desire to succeed, and to build something not just acceptable.  Not just good, but as exceptional as I can make it.

I had strung all of these false expectations on myself and the project.  False requirements — I needed to be done in X timeframe.  I needed to make sure I had it submitted in a rush to publications. — created a storm of rewriting that lead me down a road full of many-faceted lessons.

What does this all mean?  It means I have some work to do, but I have reformed my expectations as well.  I will enjoy the process as much as I can but will continue to persevere and move forward.

So my goals are simple:  rework the weak elements of the plot, create a more engaging world, simplify the overcomplicated components, and add more complexity to the aspects that come off too simplistic.  When I am done, I will find an agent (hopefully) that will further enhance my understanding of not only the book world but navigating what makes a book stand out from others around it.

In the beginning, I was unsure of the direction I wanted to take.  It is difficult in this day of changing technology to know what path to take.  Self-publish?  Indie publish?  Get an agent?

I feel that until I understand better what this marketplace is and what I need to do to craft a better book, I need a partnership.  And I hope that I can find that within an agent who can bring about even more refinement to my writing.

I may never find a publishing house for this story, but if that day comes, I can let the book rest knowing that I did as much as I could.