The Vestigial Life of Creativity

It’s been a hot minute since I did the last update. Honestly, I haven’t been focusing on writing so much as life. I have a lot of goals I want to reach, and only one of them is writing and finishing a story. The reality is that that particular goal has taken a backseat to what needs to happen. And that is: focusing on health.

Am I there yet? No. But, I need to balance this focus out with something else. I lost the drive, the creativity, to make anything. I no longer made jewelry (my environment changed, which made it harder to focus); I no longer wrote; I no longer did anything creative. I focused, instead, on creating my body, I guess. It’s a good enough analogy, at least.

As time has passed, I ‘ve found that I need some creative outlet. The ideas I’d once seduced before are stirring again. The ghosts of the past are whispering that their story hasn’t been told yet and that the story of before is still true. It still needs to be written, but better. More enriched with details. More in-depth characters with a better understanding of the world.

It is in the midst of our garage overhaul that I’ve found the vestigial twitch of a desire to write again. While sorting through papers and old school stuff, I found old notes of a seed of a story. Back then, I was too young, too amateur to build a 3D world. Yet, the ideas are sound and exciting. My gut tells me the ideas of the distant past can help flesh what I’ve put to paper so far.

That’s what this life is, right? A series of steps in some direction that possibly carries one forward to one’s dreams. My dreams aren’t what they were when I started out writing. I am leaving behind the trappings of what drove me before — getting published, getting attention, getting anything out of this that is external. I am going to write for myself. Not for anyone else. Not for publishing, not for making money — though that would be nice, of course — but for myself.

I need to enjoy this if it is something I am going to do over the long term. I need to get lost in the worlds I create and see what bears fruit.

Maybe, I’ll succeed at what I want to do. Maybe, I won’t, but rise or fall, at least I will have enjoyed doing it. 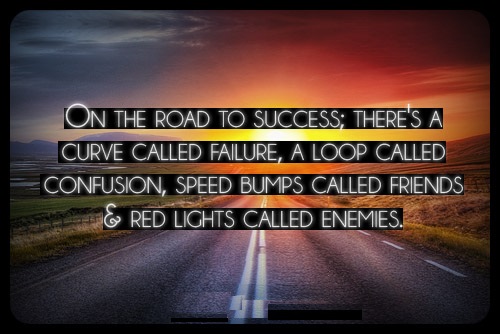 On the Road; Well Traveled

Before Christmas, I was stuck in the curve of failure and the loop of confusion.  I couldn’t wrap my head around how I was going to tie everything together.  I had different ideas that only loosely connect.  Thank God for my alpha reader who has tirelessly read each and every version of this manuscript I’ve pumped out.  I can extrapolate what works and what doesn’t by her reactions, and she’s come to know and love the characters, helped name them when their names didn’t feel right.

So here I am, on the cusp of 100,000 words and I’m winding down to the ending.  I have a good idea of the direction the story is going to go, but I’ve been surprised before.  That’s the best part of immersing yourself into a different world: experiencing the surprising twists and turns of people who exist only on the pages of a story that you’ve written.

When I finish and get this story as polished as I can, I will get a hard copy printed for me as a celebration of my success of completion.  I’ve blown past the curves and loops of failure and confusion, made it through the red lights of enemies and rejoiced in the speedbumps of friendship.  Sometimes, it helps to know when to pull away and let the creative mind rest.

Home stretch!  This weekend is a working weekend; time to hunker down and fall back into the lives of characters I’ve created.

An Epic Raid of Writing Proportions

I had so much more detail!  The characters were so much more alive!  But they weren’t together.  I had a fractured story and every pathway to consolidating it ended in utter failure.  I stagnated.  I tried Nano this November, and while I did get my 50,000 words, they weren’t GOOD words.  They didn’t solve my problem.

I started thinking about how to bring the two main characters together.  How to make their pathways form a Y at a central convergence point and still that didn’t work.  I stopped writing so much.  I started giving up.

In the meantime, I adopted the most precious babies.  Two little Bengal kittens named Summer and Winter.  They stole my heart.  My writing seemed even further away, especially during November.  I also started playing World Of Warcraft’s new expansion, Legion.

Life got pretty hectic at work, which meant I was coming home and playing WoW or watching TV or more often than not, playing with the kittens.  They’re teeny for only so long.  Already, they’ve grown so much!

In the midst of all this, somewhere soon after the expansion launched, I went through one of the Legion storylines, and it was so good that I sat back and said, “I want to evoke emotion like that.”

I desired it, but with everything going on, I forgot about it.  We prepared for Christmas, and I put writing aside.  I got a new computer for Christmas, and since the girls were now old enough to entertain themselves, I started playing WoW again on my new rig.  With kittens bouncing around me (I have to watch them constantly, they’re into everything), I found myself going through the same content I’d gone through before, back in September.

I was once again moved.  I realized I wanted to evoke that.  At the same time, my ever constant alpha reader, Amber — who reads all of my versions — was telling me how good the re-write was.  So in the second week of my vacation, I realized I’d been looking at everything all wrong.

Rather than try to squash what I had written into a newly defined mold, I needed to start over.  Mash things around.  Break things apart into their elements.  Gear up for an epic raid.

In the end, on Friday, I started writing.  And in the past few days, I’ve managed to find not only the story I have wanted to tell but the will and the desire to do it.  I’ve managed to get down almost 50,000 words in just a few days because I’m excited.

Excitement is a commodity you cannot pay to have, but it is essential to the ingredient of making something that will evoke emotion from someone else.  So here I am, managing to go from about 30,000 words to 75,000 words in a handful of days.

I have geared up.  I have joined the epic raid of writing proportions to slay the boss, Writer’s Block.  And now?  I once again fall into the world of my own making to see what happens next.

Because I am excited. 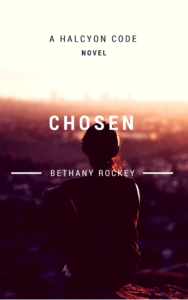 I have set up my Nano page and cobbled together a new synopsis!  It’s a working synopsis for now, but that’s because I’m more interested in finishing than refining a synopsis.  I’m about 30k into the re-write and aim for about 50k more, which makes this perfect for Nano.  While I won’t be focusing on word count so much, the act of having accountability to REPORT word count progress will keep me on the straight and narrow!

Surrounded by an impenetrable Wall, the City exists on the edge of tomorrow where the Citizens live in fear, enslaved by the band that binds their emotion, and the Government rules with an iron fist. Society is perfect – or is it? Despite incredible advances in the ability to keep people alive against all odds, something dark erodes away at the City’s heart.  For those cast out of the City, they resent the more ‘fortunate’ sheep that live within the safety of ignorance and affluence. As societal norms degrade, unrest begins to stir in the oppressed masses. All but enslaved, the City is thrown into turmoil when the Government’s desire to do anything to stop the rebellion comes to light. In a race against time, one young man must stop at nothing to find the chosen one.

A girl who can change the world… but he must find her first before she’s corrupted by the Government, and all of her power becomes his for the taking. In a world where perfection is valued and emotion comes at a steep cost, who will persevere while an ancient entity stirs beneath the City?

It’s been a few months since my last update.  Let’s see, a lot has happened in even the near three-month gap.  In September, I adopted my two little muses: Summer and Winter.  They’ve been such a joy and have kept me pretty busy.  Plus, I was struggling with the direction of the re-write plus the addition of work-related projects. 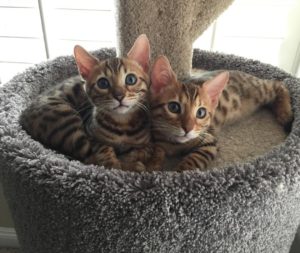 Not only do they make it hard to get into the dark and desperate headspaces of my characters, but they’re also very time consuming with their overwhelming cuteness.  Everyone is settling into the home, though!

So where am I on my writing?

That’s a good question.  In addition to life being very hectic, I also got stuck with the structure of my book.  In starting the re-write into the third person, I began to see the shape of the story.  The ideas started flowing, but I started running into technical problems when it came to the structure of the story I wanted to tell.  My initial idea of the alternating point of views quickly began to degrade.  It hasn’t been until this month that I stumbled upon the answer that’s right for me.

I’ll be using NaNoWriMo to get myself back into the habit of writing daily.  I won’t be worried about regurgitating word count because I am taking a measured approach to this re-write.  I know the story.  I know the characters.  Now I need to tell it in the best way possible.

To give myself something to look forward to, I played around with the Free Online Book Cover (Canva) creator and slap-dashed myself a little cover.  To inspire me to write.  To inspire me to the inspiration I need to finish the home stretch of writing this book.

Of course, with all of the changes that have occurred in this third re-write, I am considering the title.  So right now, the working title for the series is Halcyon Code.

It’s been a long time since I last updated.  A lot has happened since then! In the crazy midst of an incredibly hectic work time, I’ve finally found my stride.  Not only do I feel it is the right decision to re-write the story, I believe that it will be that much better.

Do I want to do it?  I didn’t at first, but now that I’m neck deep in re-telling the story, I find it rather thrilling.  I’m trying that much harder to take myself on an adventure and live within the world I’m creating.  Good or bad – if I can engage myself to where I don’t want to stop writing, then perhaps the readers will be engaged enough to not want to stop reading.

So I’m a quarter to a third into the re-write.  I’m clocking in about 7k – 14k words on the weekends.  About 1.6k words a day, depending on the day and depending on how busy work is.

I am hoping that this is the last re-write, but who knows what the future will bring.  Thus far, the response has been favorable, and I’m excited to continue!